*The Queen’s Column, a series where Aviation Queen, Benét J. Wilson takes over preFLIGHT to tackle all-things travel & OTG. Be sure to check back every few weeks for the latest from the greatest! -OTG*

East Coast halibut served with morels, pickled ramps, fingerling potatoes, cherry tomatoes and a clam champagne foam, served with cucumber basil gimlet — would you believe you can get this meal in an airport? Yes, because it’s currently being served at Prime Tavern in Delta Air Lines’ Terminal C at LaGuardia Airport.

The team at OTG is all about bringing fine dining from the city to the airport. A big part of that effort is promoting from-scratch cooking and using fresh food every day in the more than 350 restaurants in 10 airports it manages.

OTG CEO Rick Blatstein firmly believes that travelers want the best food and local restaurants in their airports. OTG Executive Chef Michael Coury and Chef Andrew Carmellini of The Dutch, Lafayette and Bar Primi, recently took a group of food and travel influencers to Brooklyn’s Borough Hall Greenmarket to buy fresh herbs and produce to be used in restaurants at LaGuardia’s Terminals C and D. 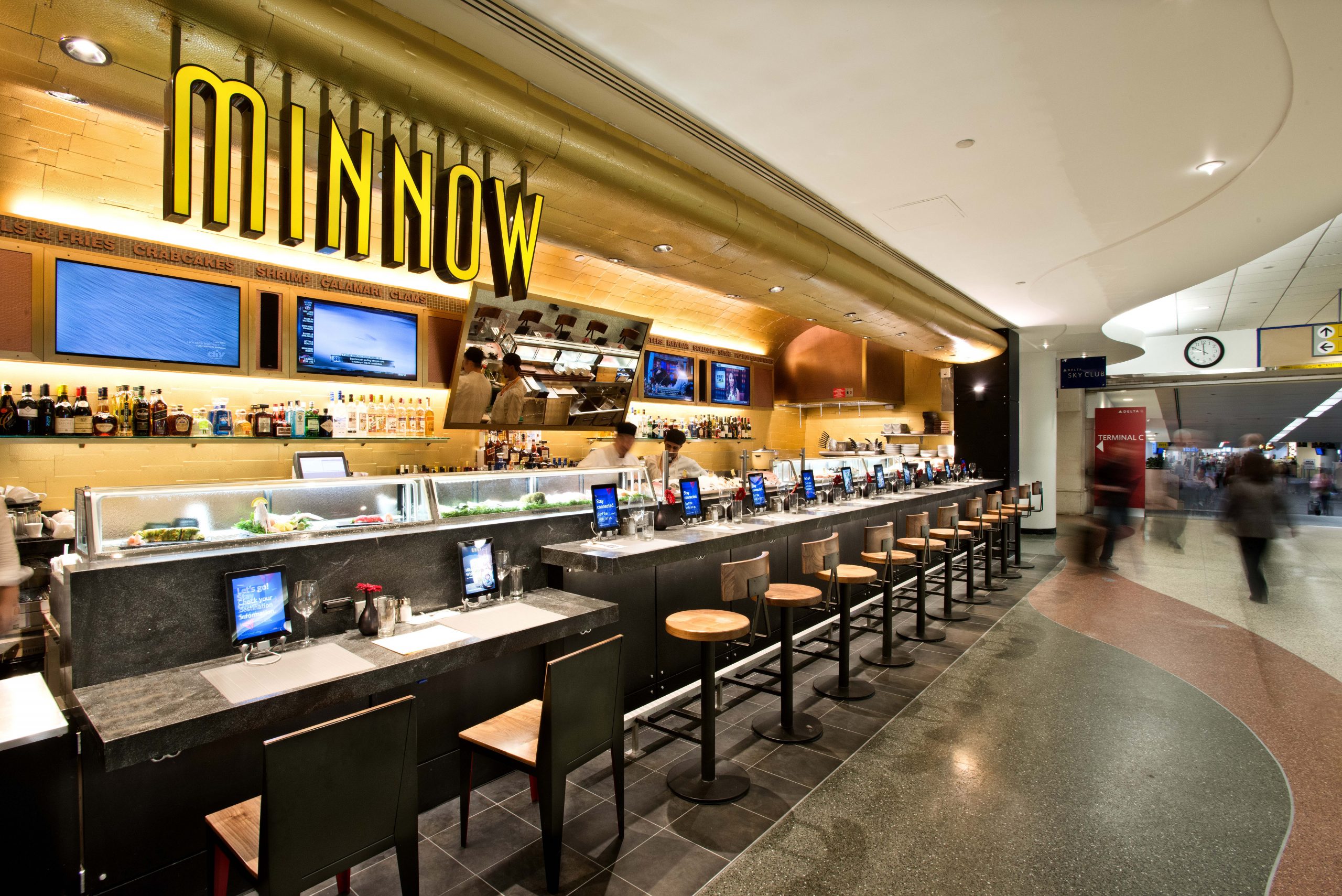 OTG goes after relationships with chefs in the cities it serves, which is reflected in Terminals C and D. “If you go into a restaurant like Minnow, where Chef Andrew consulted with us on it. You can see his touches and things you’d find in his own restaurants,” he said.

Chef Coury bought ramps, rhubarb, arugula, green tomatoes, asparagus, stevia and English thyme. “We’ll take this produce and let the chef incorporate it all into the menu at Prime Tavern,” he said. 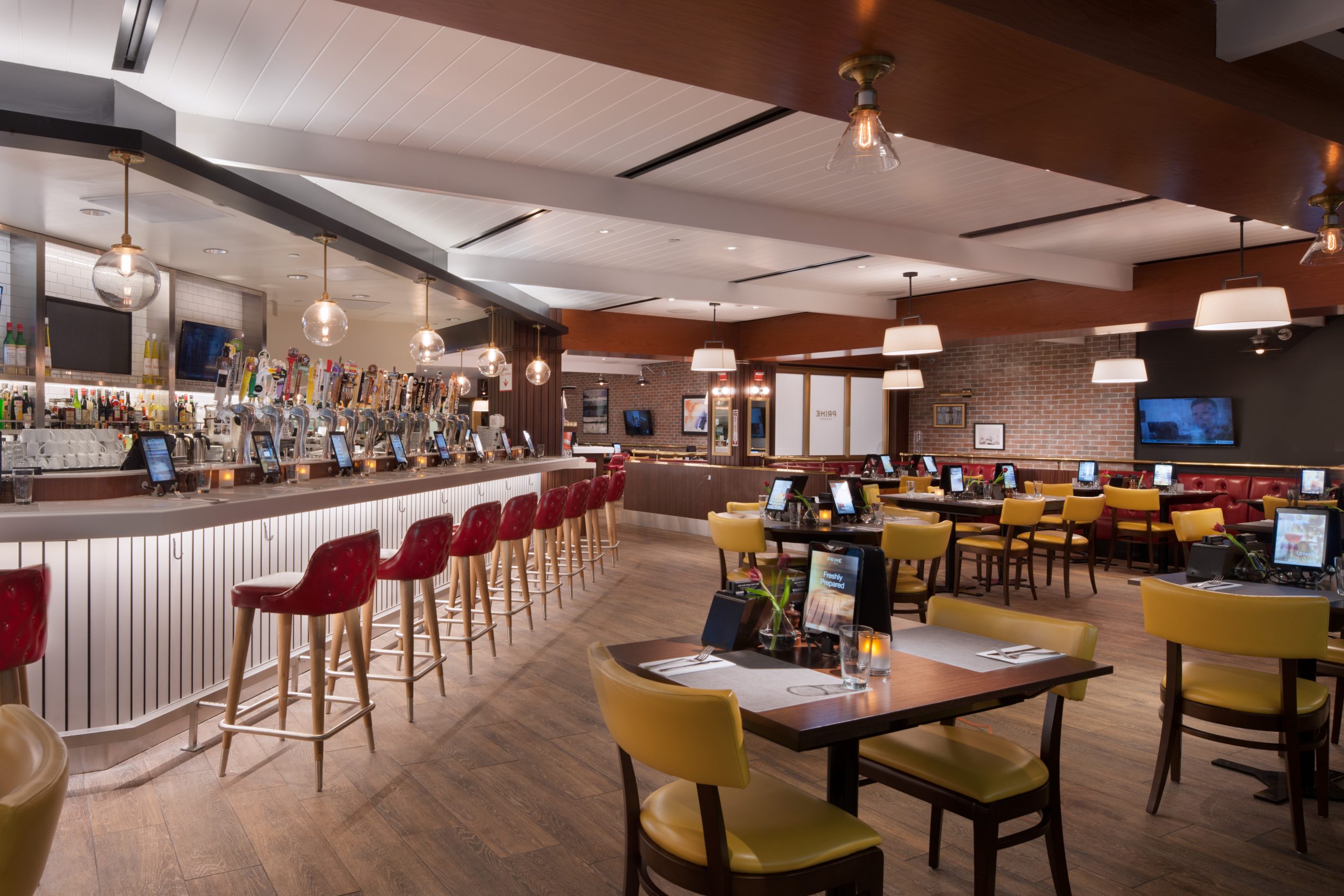 Prime Tavern is the brainchild of Chef Michael Lomonaco of Porter House New York steakhouse. The restaurant, just past security at LaGuardia, proudly displays the hand-cut, dry aged beef from Creekstone Farms it serves every day. The restaurant does seasonal menu changes to adapt to what’s going on at the market, said Coury.

To celebrate spring, OTG created a seasonal tasting menu at Prime Tavern, complete with specialty cocktails, for the group to try. 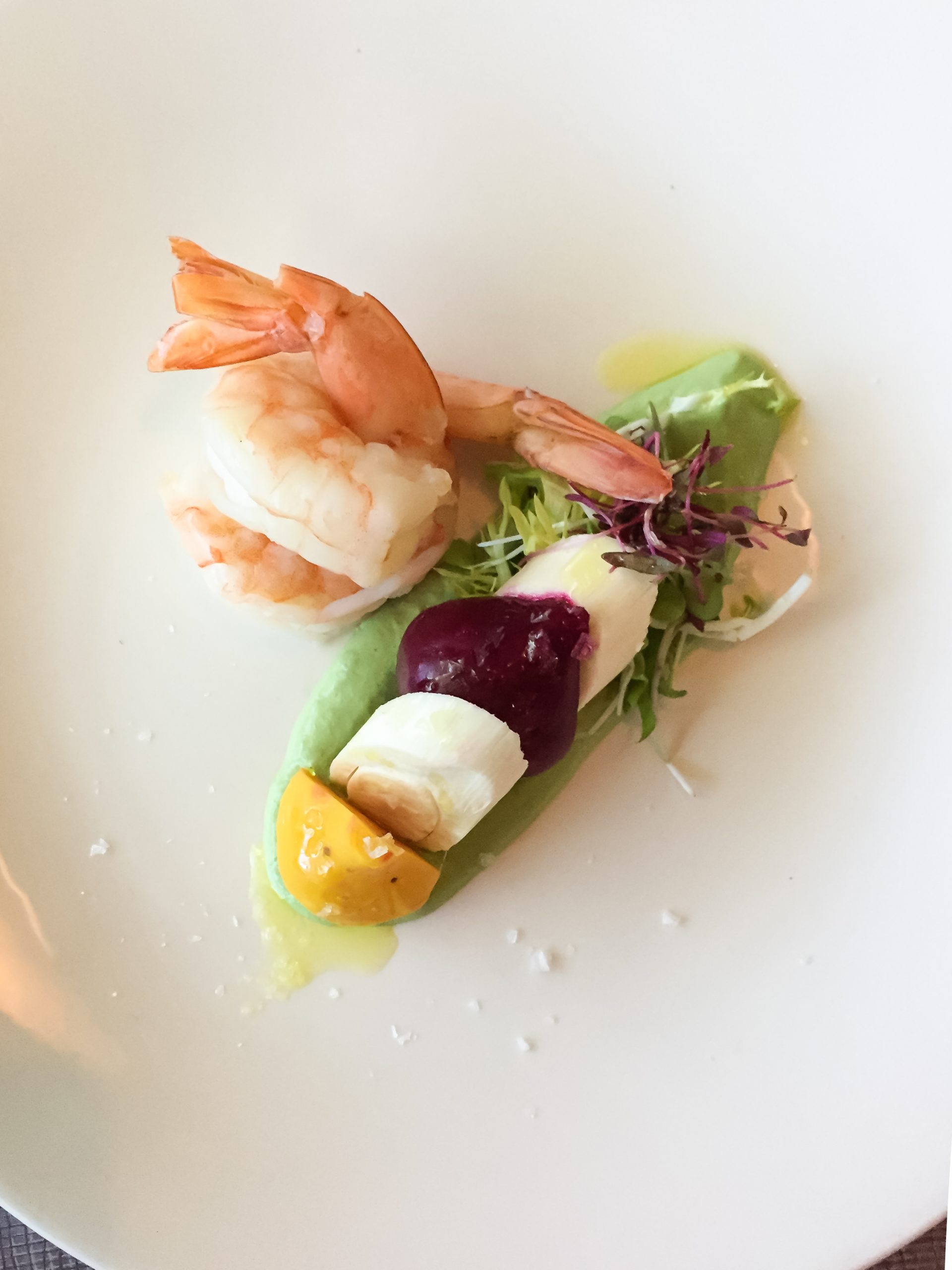 Fresh cavatelli pasta made in the kitchen, served with fava bean puree, hen of the woods mushrooms, tomato confit and a saffron clam sauce; and
Pizza made with with fresh ricotta, peas, ramps, guanciale and scallions. 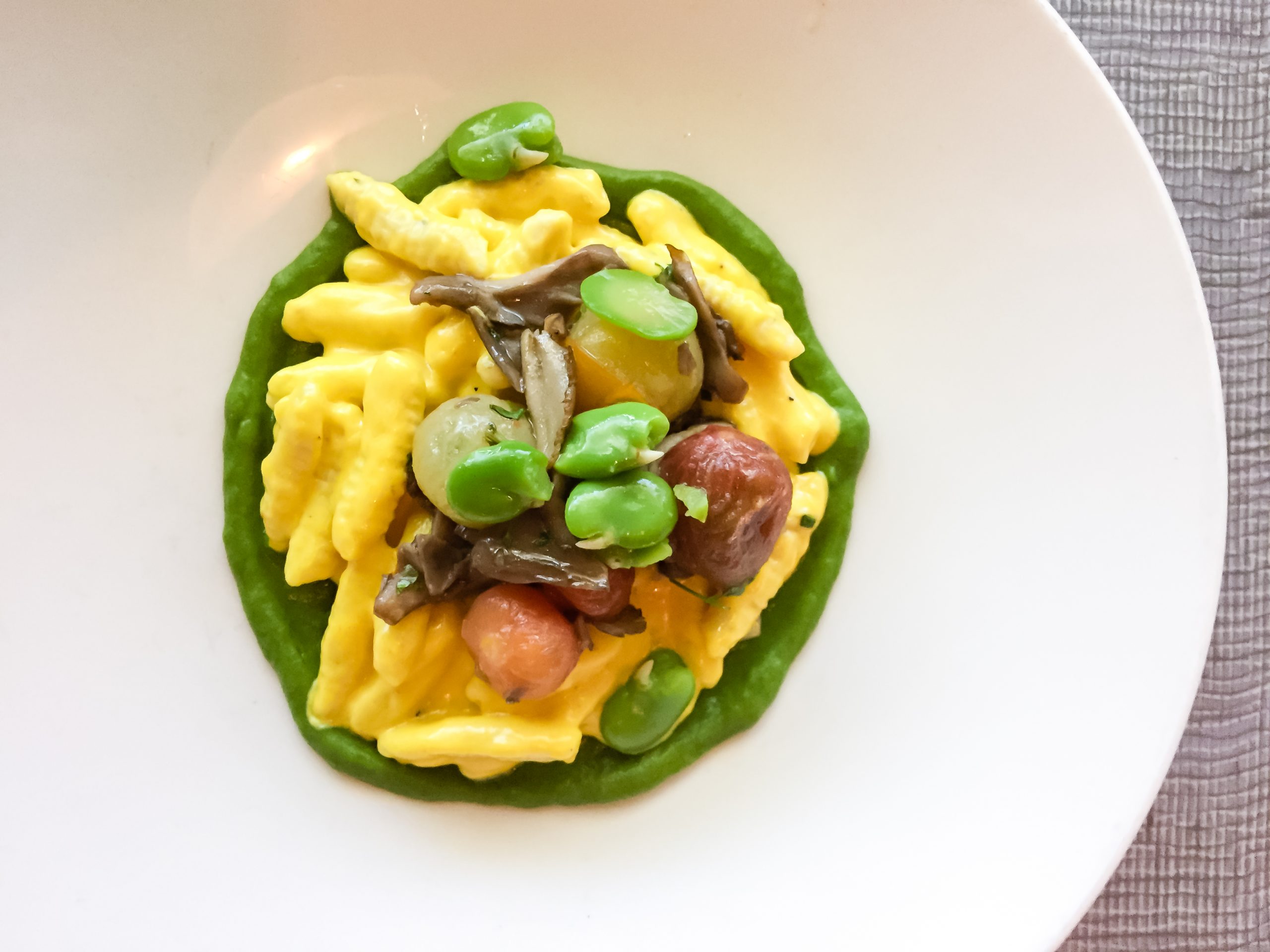 Pictured: Fresh cavatelli pasta made in the kitchen, served with fava bean puree, hen of the woods mushrooms, tomato confit and a saffron clam sauce.

With the entrees, Allison served a fresh Spring Gibson with a pickled ramp that replaced the tradition onion. She noted that the restaurant also serves high-end wines by the glass, craft beers and high-end and rare spirits, along with mini bottles of Krug champagne.

So if you have time on your hands during your next visit to LaGuardia’s Terminals C or D, consider having a meal at Prime Tavern or its other 20+ full-service restaurants.